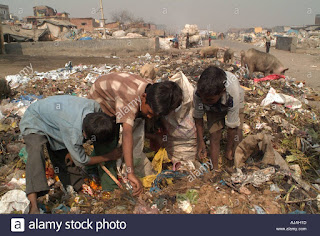 It was a rushed evening. We were hurrying with our last-minute shopping as were most others around us.

‘We’ were mainly women, old and young, running up and down those tiny gallies, peeping into little shops, pushing our way into the bigger ones, searching for today’s styles at yesterday’s prices, checking, sorting, screening, cajoling, haggling on our last minute purchases: sarees, blouses, salwars, lehengas, shoes, cosmetics, bangles, earrings and all those millions of little things that make being a woman such a pleasure and a delight. And all this before Maha Shashti, the first day of Durga Pujo, dawned tomorrow.

I was on the trail of a designer blouse, of a particular shade of mehendi green, to wear with my Green Dhakai Jamdaani
( you may like to refer to my eponymous post on this exquisite piece of woven magic at www.indmanbhatta.blogspot.in). It was a difficult task but I finally found one, and though it did not live up to my rather high (read snooty) standards, but having no other option so late in the day, I purchased it. I was then running with my extended family back to the main road to catch a ToTo (that’s what the E Rickshaws are called, here in my home town), when this funny thing happened.

As I hurried, half walking, half running down those fast darkening streets, I spotted a strange sight. On the steps of a large shop, its shutters now down, four or five little boys stood frantically tearing up packets of what looked like wafers. They all seemed to be around ten or twelve-year-olds and around their feet lay strewn hundreds of packets, very similar to the packets in which Lays wafers and Kurkure are sold. Some were pink while others were blue and curious I stopped to ask another interested onlooker,
“Yeh kya kar rahein hain?”

“Really!” I was intrigued.

I lingered on even as Other Half moved ahead.

There was an iron railing that separated me from a little boy in a fading, cheap polyester shirt, tearing at a pink packet with his teeth. I leaned over the rails and watched him. He took his teeth off the packet and why I do not really know, said to me,
“ Isme coin milta hai!”

And as he said it, he looked at me straight in the eye, his face full of such heart wrenching earnestness that I forgot to breathe for a second. So I lingered, to see how his luck treated him as he went back to his tearing of packets, sometimes with his teeth and sometimes with his fingers.

I asked the man standing next to me, “ Yeh packets inko kahan se mila?”

His explanation sounded reasonable, for this was mostly a market of whole sellers and I could understand how one lot of these pre- packaged snacks may have gone bad and thus got thrown away.

“To coin nahin hai…..game hai…..!” I uttered aloud my conclusion.

The little boy heard me and interjected. He did not seem to agree with what I had just said. He handed me a packet to prove his point,
“Dekho dekho, isme coin hai!” he said, placing my fingers around a round disc like object inside the packet. It could be a coin, I thought, but more likely it was a beyblade kind of thing, for to my fingers it felt too thin to be a coin.

But then Hope is such an optimistic little bird…………..

The little boy tore the packet open and upturned its contents onto the ground.
Some kind of Fryums like snack spilt onto the ground. We both hunched down, looking for the coin. But it seemed to have disappeared.

Perhaps it was never there.

I looked up at the boy, hesitant to face his dejection. But he had returned to his string of pink packets and was tearing diligently at another one. I asked him, cautiously, “Kya hua? Isme nahin tha kya………….”

But he did not answer. He had no time to waste answering silly questions posed by middle aged voyeuristic women. I turned to my path and followed it homewards, leaving him with his pink packets and his quest for coins.

As I walked back, I found myself feeling immeasurably sad. And my beautiful leather purse with its snapshot of the Goddess and its little coin pocket jingling with coins I rarely used, felt very heavy in my hand.

What if I turned back and emptied my coin pocket into palms of that little boy dressed in the fading cheap polyester shirt?

The thought came in a flash and went away in a flash too, as I got busy flagging down the ToTo and settling into it with my family.

I really don’t know how to end this post. Should I talk of the grinding poverty that ails our country and of the Grand Canyon deep gap that exists between the haves and the have nots that are its children? But it’s such a done to death topic that my mind refuses to talk about it.

Instead let me write a few lines on the topic of optimism.

There is a verse by Tagore that goes  “Jekhane dekhibe chai, uraiya dakho tai, pileo pitae paro amulya ratan" (Wherever you see ash, sift through it, and perhaps you might find within it a precious gem)!

I think this odd experience of mine** is an illustration of the indefatigable spirit of the people of my country, whom no amount of poverty, hardship, hunger, want or need can defeat….who spend their inconsequential little lives sifting through garbage, rubbish, polypacks and ash, surviving solely on slivers of faith and of hope, sustained and dreaming of the Amulya Ratan that they might find  there one lucky day……. 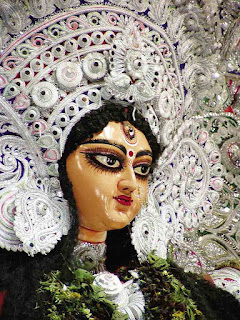 Hi! Thanks for stopping by!